Solitaire refers to a variety of single player card games using a standard deck of 52 cards. Many of the classic solitaire games played in the United States are actually variations of a game named Klondike. It is a simple game involving strategy, skill, and bit of luck.

If you like classic or Klondike solitaire, you’ll surely enjoy Spider Solitaire, a challenging and popular variation of the game. 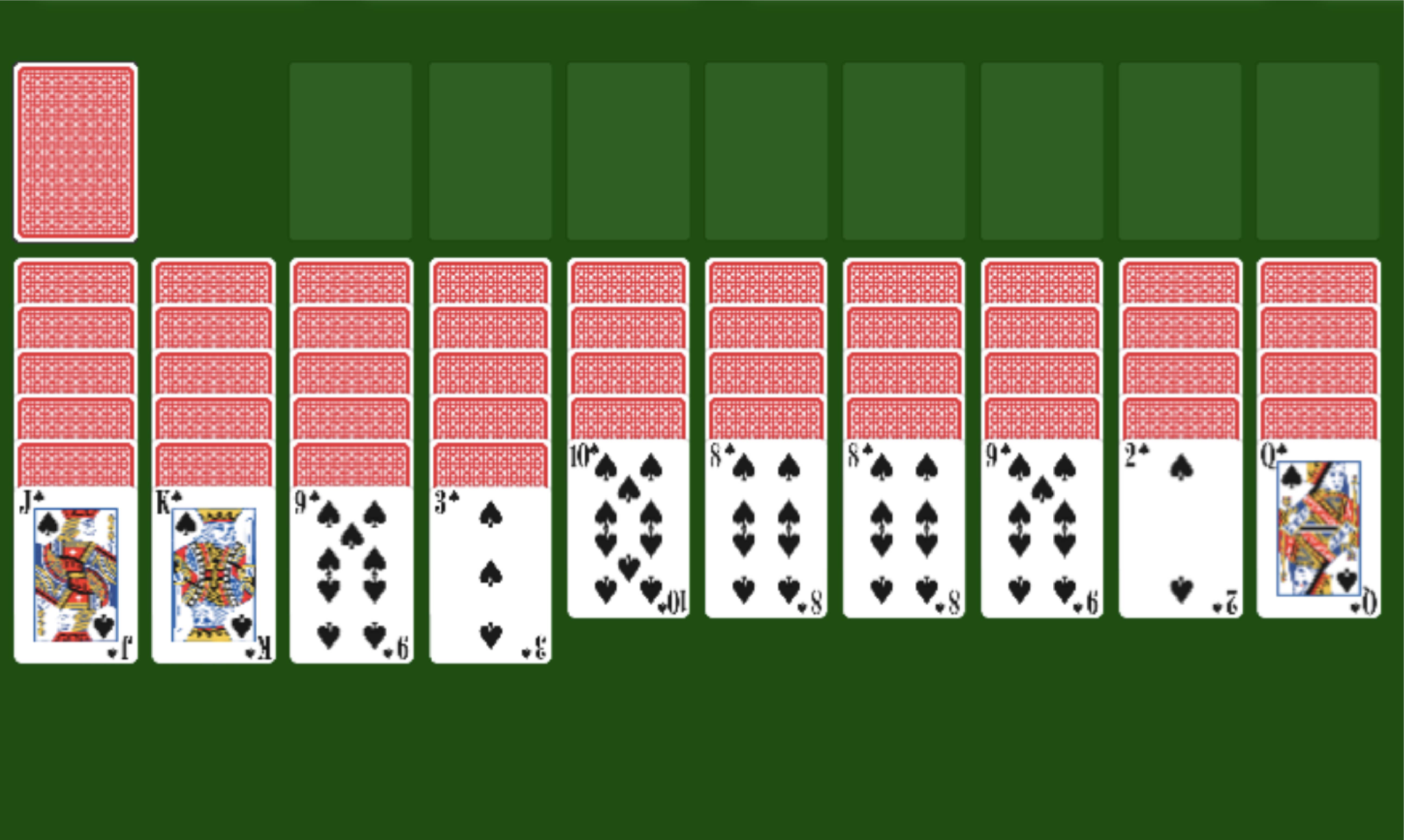 There are different versions of the game, with 1 suit, 2 suits, and 4 suits. To best learn, we’ll explain 1 suite spider solitaire. 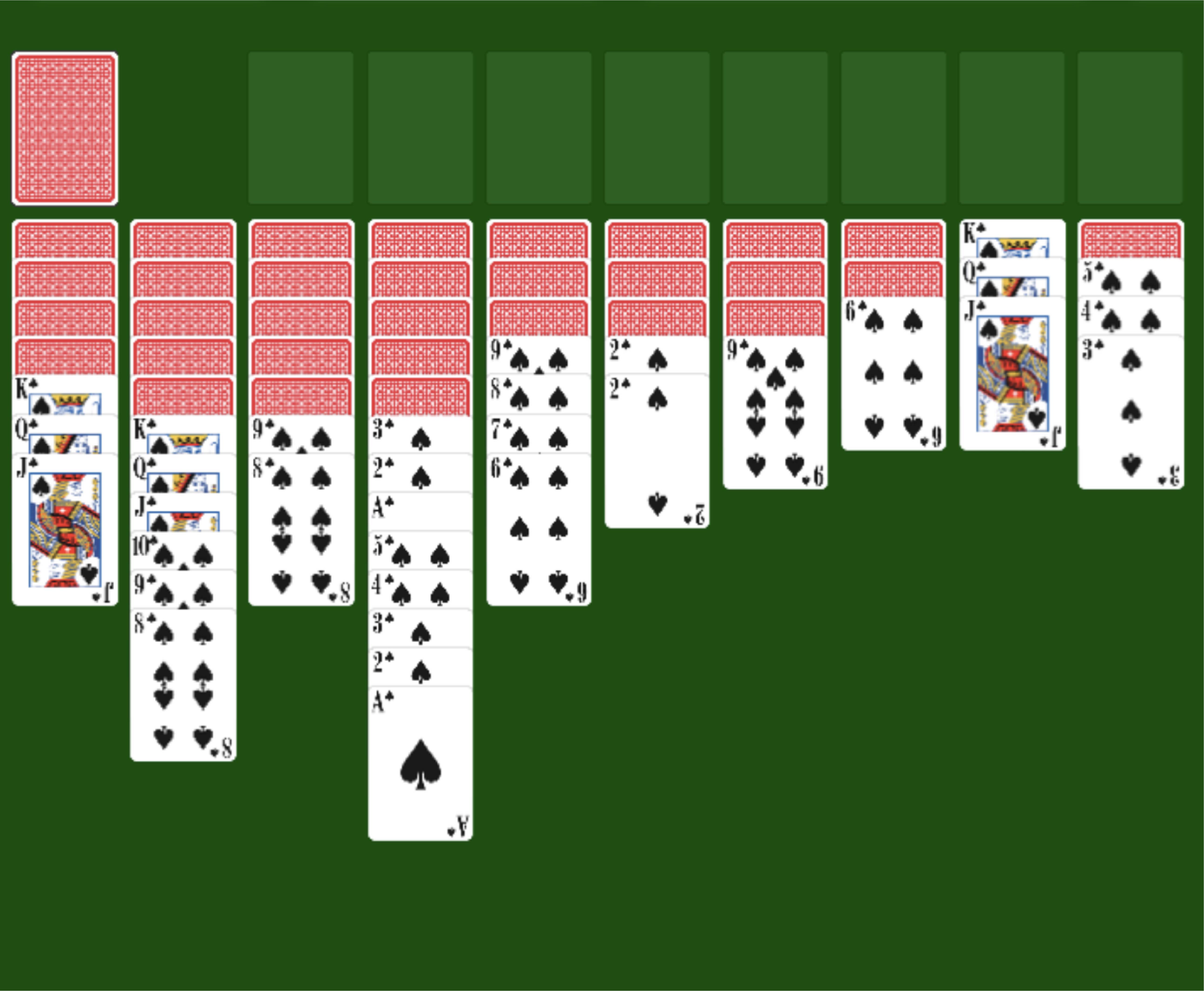 When a card is moved leaving a face down card, you can flip over the next face down card in the pile, which can then be sequenced.

You can also move groups of cards together. Let’s say you have a sequence of the Seven, Eight, and Nine of Spades. All three of these together can be moved to another pile with a 10 of Spades, and placed on top of it.

If you can’t make any new moves and further sequence the cards, you then deal 10 cards face up into each of the piles. When this happens, you may have cards that are no longer sequenced. For example, a Two of Spades may be placed on a Six of Spades. You can not move Six of Spades until the Two of Spades is moved. 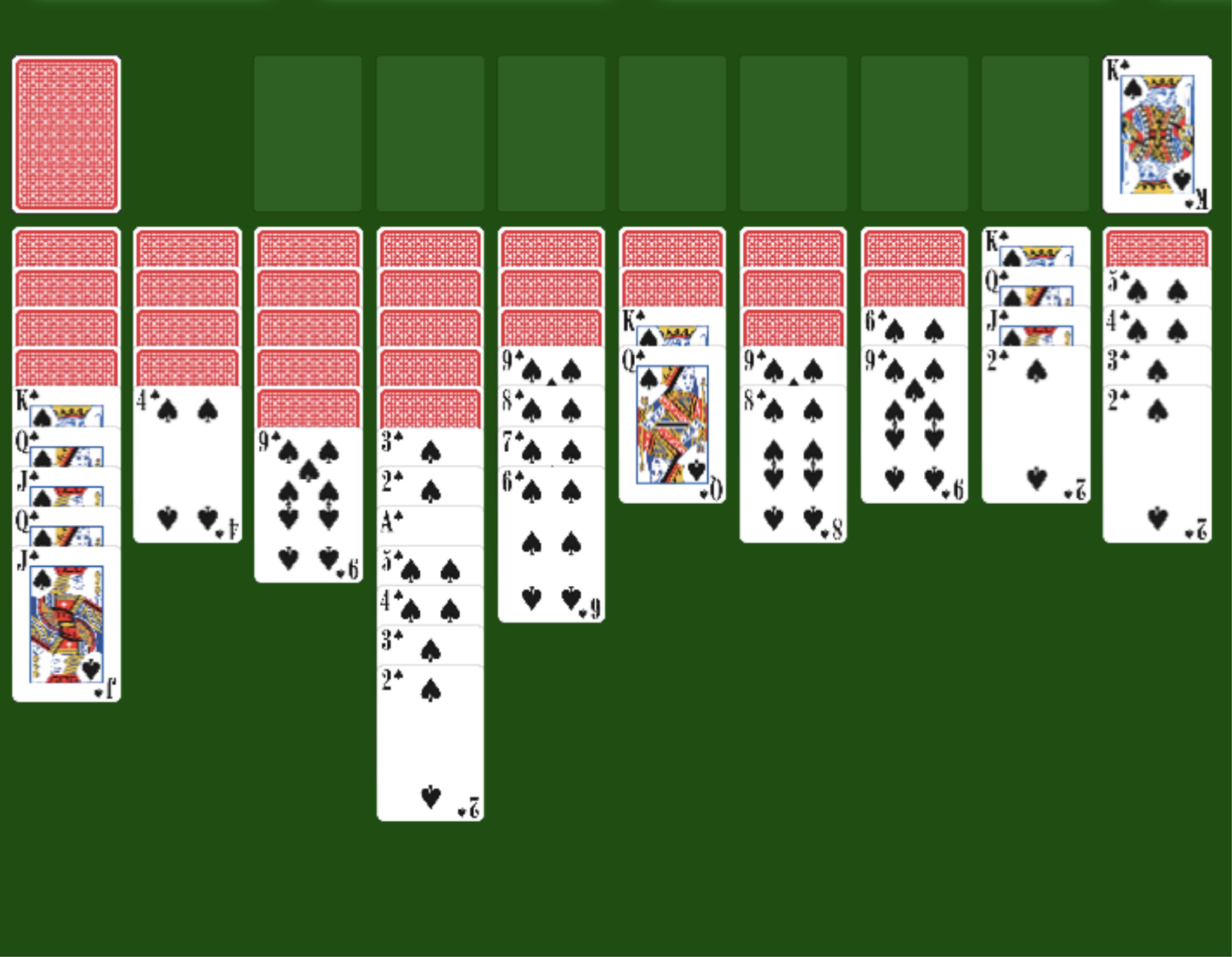 Even if a card is blocked, you still may sequence cards that aren't blocked. For example, in the last example, you can add an Ace of Spades onto the Two.

Whenever a pile is empty, you can move a card into that pile of column helping to free up new cards or unblocking others.

The goal of the game is to rearrange all the cards in the tableau in descending order starting with the King and ending with the Ace. When you’ve done this, you've created a sequence, you can now move those 13 cards out of the tableau. 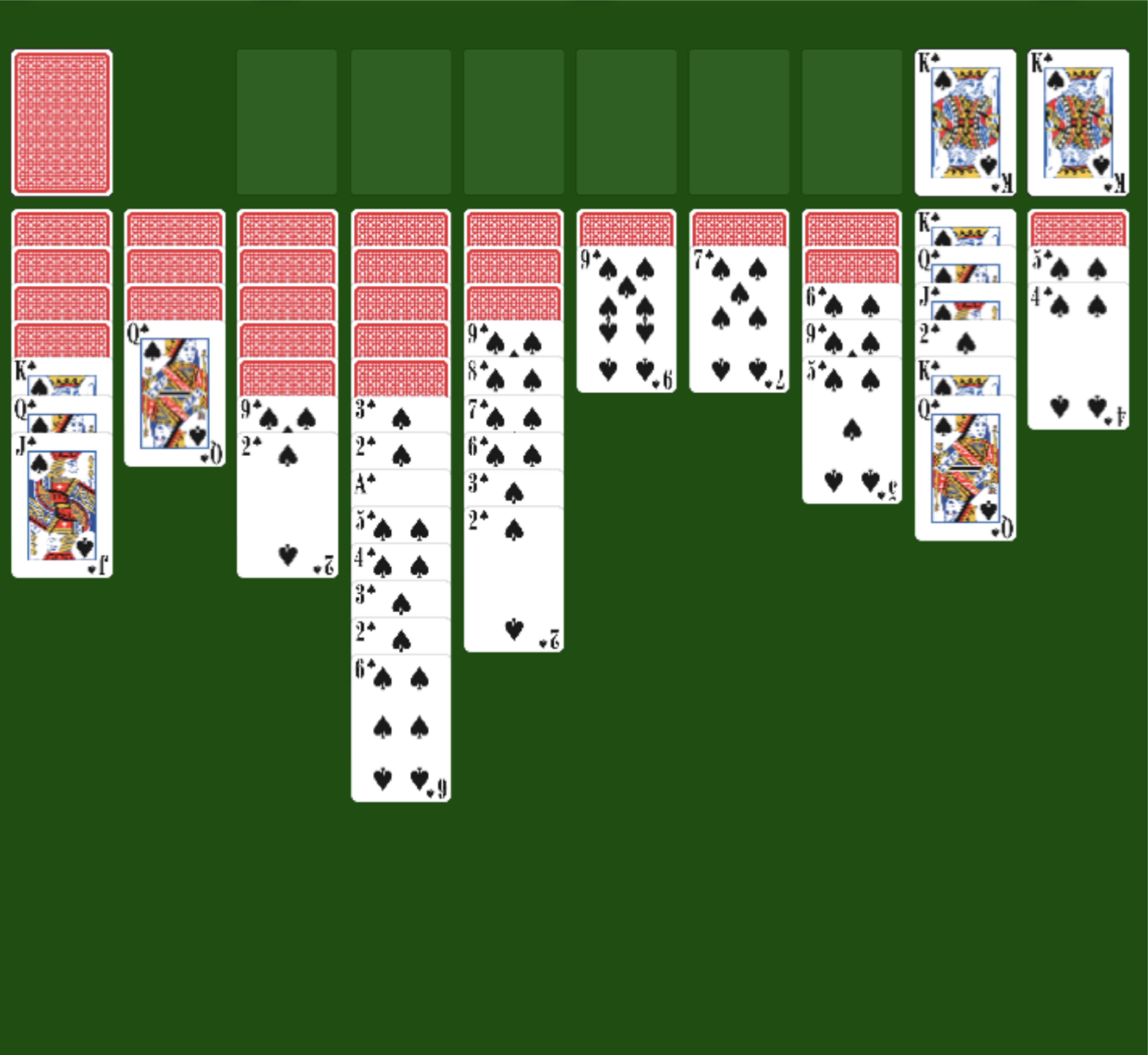 When all cards are sequenced in the tableau and moved out of it, you win! In 1 Suit, you’ll sequence Spades 8 times.

Like 1 Suit Spider Solitaire, these games have 104 cards, and you have to sequence cards of the same suit in each game.

A key difference with additional suits is you can move cards of one suit onto another card of a higher value of a different suit to move cards around the tableau. A Four of Spades can be placed on top of a 5 of Hearts, for example. However, when this happens, you block the 5 of Hearts. Only groups of cards sequenced of the same color or suit can be moved together around the tableau.