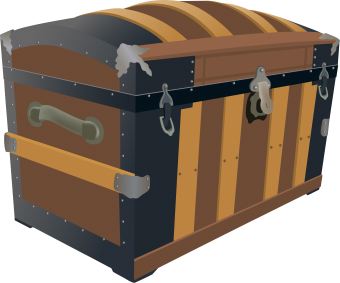 Grandmothers Trunk is similar in ways to the game

Grandmother's trunk." and fills in the blank with any noun or adjective and noun that they want. Let's say the first player said "I put a book in Grandmothers trunk." The second player would then repeat what the first player put in the trunk and add an object of their own. The second player would say something like "I put a book and a smelly sock in Grandmother's trunk.". Play continues with each player repeating all the previous items and adding one of their own. If a player makes a mistake by messing up the order or by forgetting an item, play skips to the next player who starts the entire sequence over from the beginning.

If a player makes three mistakes they are out of the game. Play continues on with the remaining players.

The last player remaining is the winner.

One of the great things about this game is its ability to be adapted for almost any situation. Say you're taking the kids on

This is also a great road trip game. Keep the kids busy in the car telling you what they "brought" on the road trip. You'll be surprised at what they bring along as the scenery flashes by them. It's not unusual for kids to pack a cow for a road trip.

Be creative and you'll surely have hours of fun.