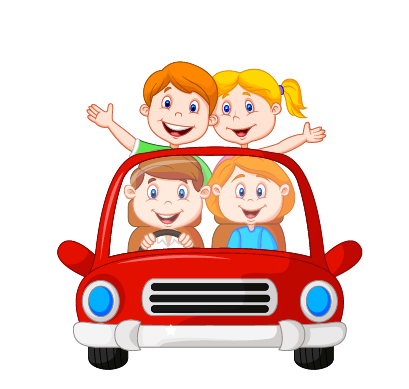 Alphabet Objects is an ideal game to play on longer road trips. If the kids find themselves staring out the window looking for something to break the boredom give this game a try. Depending on the roads you're traveling the game can fly by or take quite awhile. The good news is that if the game is fast paced it can always be played again as the trip continues through new landscapes.

Alphabet Objects is a great way to help young children practice who are just learning their letters.

The object of the game is to be the first player to name objects along the roadside in alphabetical order based on the letter they start with. Automobile is an easy A. A bird is good for B, cow for C, and so on.

Unless you are fortunate enough to come across a zebra, a yak and a xylophone finishing the alphabet might be a bit tricky.  Letters on license plates and signs can be used for difficult letters like X and Z.

The game starts with players looking out the windows for an object that starts with A. Objects inside the vehicle do not count. The first player to identify the object calls out the name of the object and the letter and immediately goes onto the next letter. The remaining players continue to look for their letters. Each player goes through the entire alphabet in order one letter at a time.

The game has the potential of becoming really competitive and thus may not be suitable for all children. If the competitiveness becomes an issue try having the players switch off with each letter.

The first player who makes it all the way through the alphabet is declared the winner.

To Car Games from Alphabet Objects